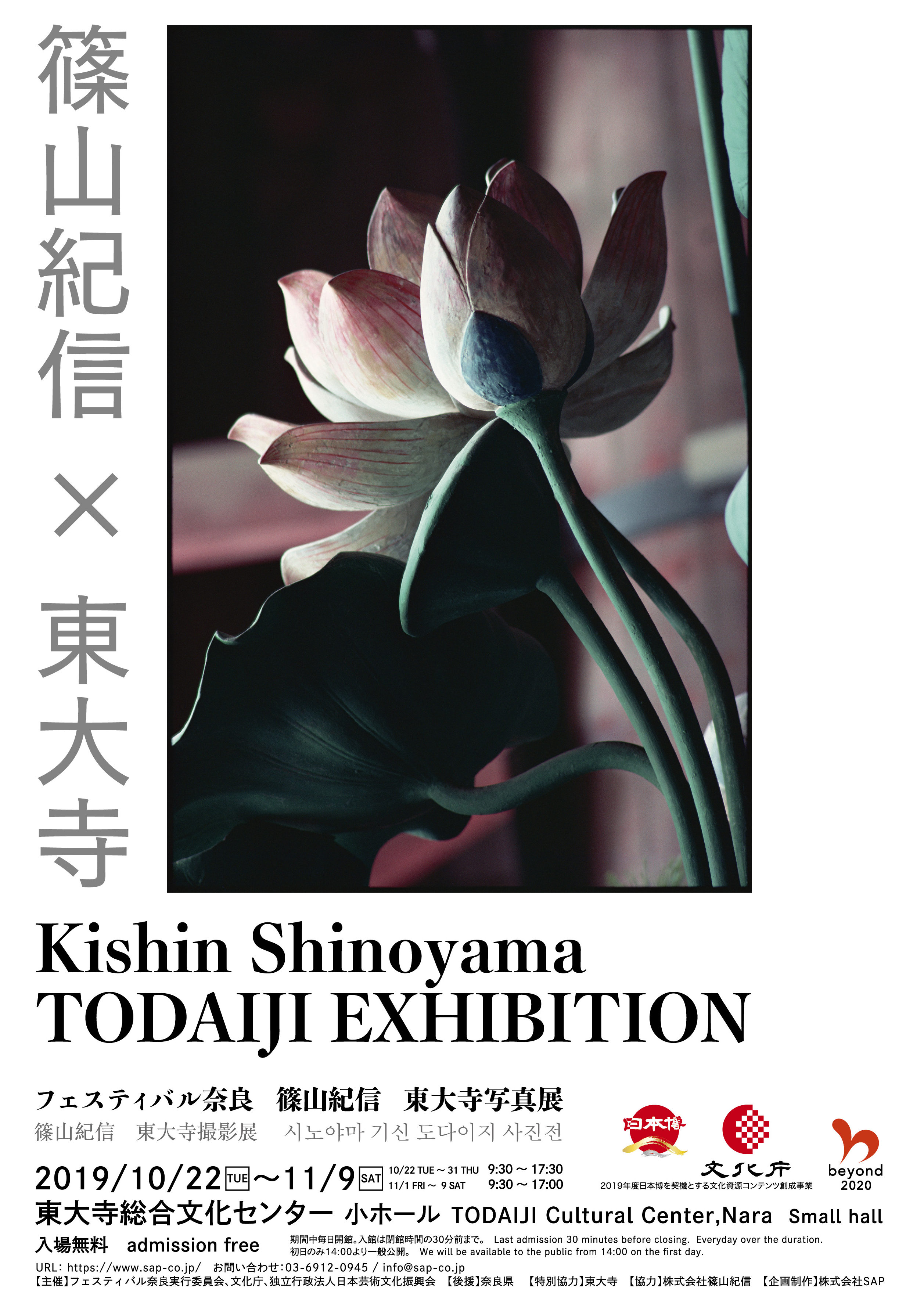 The origins of Todaiji lie in a temple called Kinshō-ji which was founded in 728 for the repose of the spirit of Crown Prince, son of Emperor Shōmu. The Great Buddha Image was dedicated in 752 with a ceremony. The Great Buddha Hall and the other halls had completed in 789. These Silk Road series were achieved after he visited from Todaiji temple in Nara through Iki, Tushima in Japan to Vatican to collect detailed information, between 1981 and 1982. The works have been published as “Kishin Shinoyama Silk Road” (all 8 volumes, 1981 to 82) and to collect detailed information also as “Kishin Shinoyama Silk Road”(paperbacks, 1～3, in 1982). Shinoyama returned to the limelight last year when he contributed to Louis Vuitton’s Fashion Eye series of photography books to be the first Japanese photographer to be featured in the series. It will be an exhibition used Todaiji temple itself as the venue to show Shinoyama’s photographs of the temple, the starting point for his Silk Road journey. The 6.4 meter-wide panorama panel “shino-rama” and other exhibits faithfully replicate the power of Buddha statues and architecture that exemplify the history of Japanese Buddhist art.